Get Rid Of Skunks With Humane Skunk Removal & Control

The Affordable Pest Control team will make sure that skunk removal is done right the first time. Our proven methods to get rid of skunks, make sure that no harm is done to the animal while at the same time, ensuring success. From trapping, to the use of unique one-way doors, we will make sure that your skunk is gone once and for all.

For those times of the year when baby skunks are around, make sure you choose a reputable company to deal with this problem. A mother skunk and its babies should not be separated at any point. Humane skunk removal during these months are critical to both the wildlife in your region and the safety of your home. Laws should always be followed if trapping. Babies should always be handled with the highest regard for animal safety.

Our team of experts are ready to provide quality skunk control for your city. We proudly provide humane removal to a variety of areas in the Durham Region including, but not limited to: Pickering, Whitby, Oshawa, Brooklin, Ajax, Courtice, and more.

Pet owners, particularly those of cats, may experience a skunk finding its way into a garage or basement where pet food is kept. Skunks commonly dig holes in lawns in search of grubs and worms. They are one of the primary predators of the honeybee, relying on their thick fur to protect them from stings. The skunk scratches at the front of the beehive and eats the guard bees that come out to investigate. Mother skunks are known to teach this behavior to their young

It is rare for a healthy skunk to bite a human. While a domesticated skunk with its scent glands removed may defend itself by biting, there are few recorded incidents. The most prevalent cause of biting humans is the rabies virus. Skunks, together with stink badgers, belong to the skunk family, the "Mephitidae", which is in the order Carnivora. There are twelve species of mephitids, in four genera: Conepatus (hog-nosed skunks, four species); Mephitis (the hooded and striped skunks, two species); Mydaus (stink badgers, two species); and Spilogale (spotted skunks, four species). The two stink badgers in the genus Mydaus inhabit Indonesia and the Philippines; the other members of the family inhabit the Americas, ranging from Canada to central South America. All other mephitids are extinct, known through fossils, including those from Eurasia.

Skunks were formerly classified as a subfamily of the Mustelidae (the weasel family). However, recent genetic evidence has caused these animals to be treated as a separate family. Similarly, the stink badgers had been classified with badgers, but genetic evidence shows they share a more recent common ancestor with skunks, so they are now included in that family.

Contact one of our expert wildlife removal staff for a free quote on humane skunk removal today! 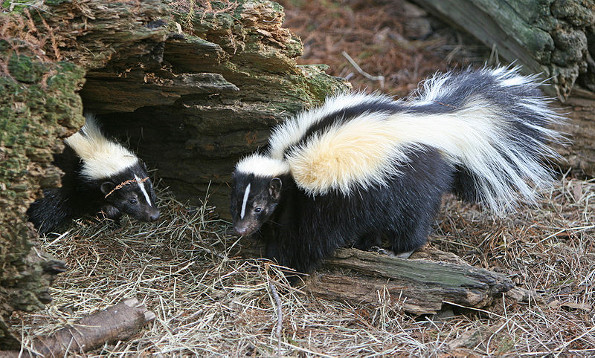 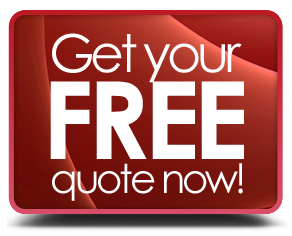